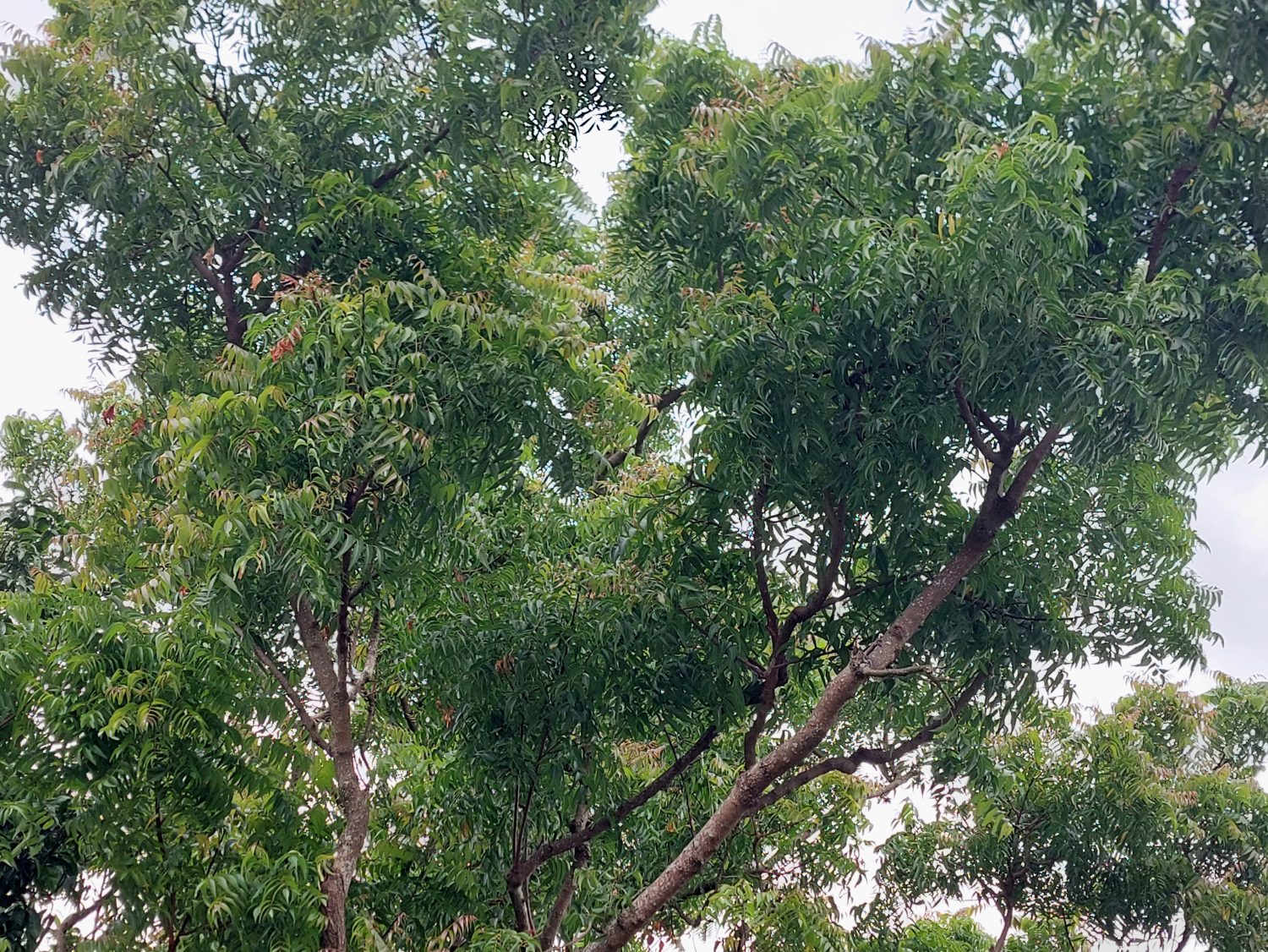 I can’t sleep. For two days in a row, I woke up at 3 am. The first time, I didn’t know why I was awake. Today, it’s much clearer. Those moving images of armed soldiers and battle-tanks mowing down defenceless villagers at Weliweriya haunt me.

In my mind, the events keep merging: What I saw happen at Weliweriya from amateur television footage; and what I imagine might have happened in the North, during those final, anguished months of the army’s war with the Liberation Tigers of Tamil Eelam.

Civilians had perished in that battle. In Weliweriya, too, there was a battle. It was even more disproportionate than the war in the North. In Weliweriya, there were no armed fighters—terrorists—to retaliate, in any form, against advancing troops. If they could kill with such careless abandon Sinhala villagers in the South, demonstrating for clean water…

But amidst the sleeplessness, a third snapshot mingles with the other two in my mind. It is of a park. The park we take our children to on some evenings. It used to be an empty plot of land, bordered on one side by a stinking canal. There were trucks parked there, laden with sand and bricks. You could negotiate with them to buy building material.

Now it’s officially an Urban Wetland Park. It’s a beautiful thing, if a little too structured. There is a fountain in front that is a work of art. The children like it because in the narrow streams that surround this water feature, there are fish. Sometimes, when it’s too dark to see, I shine my torch into the water so that we can watch the tiny tadpoles together.

There are walking tracks. I should be using those but I haven’t found the time because I prefer to spend every waking moment—when I’m not working—with the children. Life is short.

There is also a children’s park, a late addition. But, for me, what stands out is the presence of a battle tank behind the fountain. Every time we go there, the kids scramble into it, creep through its interior and climb onto the top of it. “Amma, look, Amma, Amma, Amma, look…”

I just sit there. I don’t have the energy. My husband makes sure they don’t fall off and break their necks. Absently, I read the placard which describes what sort of tank this is, where it was manufactured, how old it is and so on. I do it every time. But, for the world of me, I still can’t remember the make of it—or any of the other details, for that matter.

I had always found it jarring to see a battle tank in a manicured recreation park. Why, amidst the green leaves and purple and yellow flowers, is there a broken down instrument of war begging for people to come and admire it?
After Weliweriya, things fall a little more into place. Not intentionally, but they do. Our life in Sri Lanka today is like this park: Structured by the State, manicured by the State, guided by the State, controlled by the State and, as sure as Hell, set upon by the State if we trip out of line.

So, when you walk among those green leaves and purple and yellow flowers, don’t lose sight of the battle tank. It’s important.

My brother, who is a botanist in Singapore, went with us to the park recently. He said that the wetland ponds in the centre of the park will choke and die if more water from the main canal wasn’t channelled into them. Okay…

We walked around a bit more. And then he asked: “Why do you have so many soldiers around, telling people to keep off the grass?” he asked. Isn’t that a stupid question? Well, because that’s what they do now, Malli—they keep us off the grass.

I can’t sleep. There is a constriction my chest. I think it’s my own breath, catching. Weliweriya was such a horrible, horrible incident. I still hear the gunshots from that amateur footage. Yet, I also see fleeting images of President Mahinda Rajapaksa from many years ago, when he was Labour Minister and I was a junior reporter assigned to cover his ministry.

There were so many strikes in those days and so many industrial disputes; so many roundtable discussions and so many trade unionists hanging around the entrance to his office at the Labour Secretariat in Narahenpita.

Mahinda Rajapaksa negotiated through each of these with unmatchable charm. He would chuckle while discussing the most serious of matters and would put people at ease. He was, by far, the most approachable, unpretentious minister in President Chandrika Kumaratunga’s Cabinet. A wonderful human being, especially to a star-struck cub reporter.

I remember his smile. He smiled a lot. Is he smiling now?

They had petrol bombs, some people tell me. Your “innocent civilians” in Weliweriya had petrol bombs! So I checked with onsite reporters. Yes, they had had “petrol bombs”. After the army relentlessly sprayed bullets into the crowd, some people, in desperation, had rolled up cloth, dipped them in fuel, lit them up and futilely flung them out.
They also threw stones. And took up whatever implement they could find when it became obvious that the army would not stop firing. Surely, there are other ways to control an unruly crowd than to spray live bullets into it? They kept shooting, even when people were clearly running away. They fired while chasing behind them.

“They didn’t care who they shot at,” one woman said. “Men, women, children, they didn’t care.” And so a child died. Most of the injured had suffered gunshot injuries to their backs. Were they fleeing when the military fired at them? Is that why they had wounds on their backs?

Not Akila Dinesh, the schoolboy; the 17-year-old schoolboy. He was shot in the chest. He didn’t have a petrol bomb. Or a sword. He had gone to fetch his mother who was returning from work.

They fired into the church and assaulted people seeking refuge inside. The Sunday Times onsite reporter quoted one witness who said that, when a Catholic nun had locked up some villagers in a room for safety, a soldier had pointed his rifle at her chest. When she pleaded with him not to harm anyone, another soldier had shouted: “Kawda umbalawa den balaganney! Api kotith paradduwa. Umbala vedak nehe!” (Who is there to look after you now? We defeated the Tigers. You are of no use).

The government thinks there was a conspiracy in Weliweriya. A minister told me that this protest had been planned for weeks and that a powerful Western nation is behind it. Nothing was wrong with the water.

The glove factory, owned by one of the country’s most powerful conglomerates, was not polluting the water, he said. The powerful Western nation had instigated the protest to force the glove factory to close down. Then everyone would tell investors not to come to Sri Lanka because the government was sealing up legitimate businesses.

I like this minister. He is very much like Mahinda Rajapaksa before he became president. He has an easy smile, is approachable and sensible. Many businesspeople tell me they can discuss their problems with him. And that he listens, understands and learns.

Did he really believe there had been a plot? Is that why his government didn’t think twice about sending troops with live ammunition into Weliweriya? Or was he trotting out the usual conspiracy theory as an excuse to inexcusable actions? For this was indefensible.

Who can tell? As a journalist, I have learnt that the truth is never what we see in the open. That is the only most observable layer, the book cover. Several layers below is where the truth lies, behind closed doors. We might think something is something based on what we see. It is often not. It is often something else. And it is never, ever what they tell you in public.

The brutal military action in Weliweriya was a message. There is no doubt about who is in control of the country and what manner of control is being exerted. This government has lost sight of democracy. After Weliweriya, there isn’t even pretence of it.

In a democracy, there are other mechanisms for dealing with protests or, indeed, with conspiracies. You don’t just barge in and shoot people dead.

A buffel with uniformed soldiers drove past the Jubilee Post junction on Friday morning. Now that the war was over, it was such an unusual sight to see military hardware on the streets. “Where is it going?” I wondered while stroking the soft, curly hair of the two-year-old was sitting on my lap in the car. And I kissed top of her silky head.

Now I know. It was returning from Weliweriya, after executing a one-sided battle the previous night. The war in the North has ended. But the government hasn’t stopped fighting. And there might be more to come.

No wonder I can’t sleep.

11 thoughts on “Weliweriya haunts me”